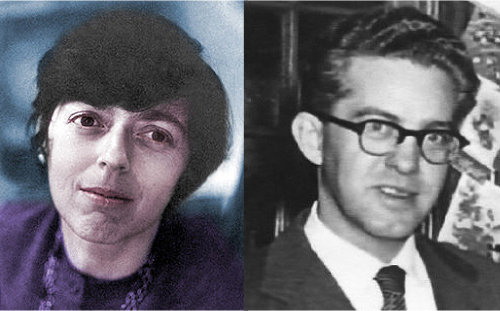 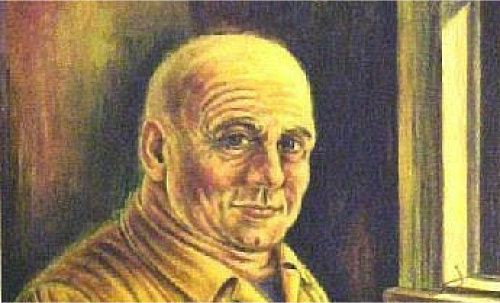 Portrait of Seth by Robert Butts.

Seth’s comment on Portrait of Seth -“and for Rubert’s benefit I will indeed tell you that the likeness that you have painted of me, Joseph, is excellent.” (Seth refers to Jane and Robert by their ‘entity’ names, Rubert and Joseph.) Seth Session #168

Jane Roberts and Rob Butts, the married couple through whom the Seth material has come to us, were, in some ways, an unremarkable couple. As an artist, Rob achieved at best-limited acclaim, and Jane’s poetry and science-fiction works never set the literary world on fire. They lived in a small city in a not-very-fashionable part of New York state, never got rich or very famous, never had children.

In a deeper way, however, they may be the most remarkable pair of the twentieth century, and their influence continues to grow.

As a girl and a young woman, Jane found herself pondering—and writing about—some of the great mysteries of life. But it wasn’t until her own remarkable “psychic initiation” that she began, by degrees to experience herself as the conduit, or channel (but so much more than those words might imply) for perhaps the most detailed, extensive, and remarkable body of spiritual wisdom ever communicated to one human being. It began without warning in September of 1963, when a lengthy message, "The Physical Universe as Idea Construction” more or less “came” to her out of the blue. She wrote it down only half-conscious of what was happening. The whole Seth material is there, in fetal form, as it were. But this was only the beginning of her amazing experiences.

As recorded in The Seth Material, she and Rob began to experiment with an Ouija board, began to receive messages, first from a fellow named Frank Watts, and then, to their astonishment, from a “non-physical entity” who called himself Seth. Eventually, the Ouija board was dispensed with when Jane discovered that she could “hear” Seth’s words before they were communicated through the board. And so, in a way, Jane stepped aside and Seth began to speak “through” her consciousness as Rob listened and faithfully recorded every detail of the experiences.

Eventually, Seth dictated to Jane and Rob the thirteen volumes of the Seth material, beginning with Seth Speaks and ending with The Way to Health. The books had an enormous, and continuing influence on just about everybody in the emerging “New Age” community during the seventies and eighties, including Richard Bach, Louise Hay, Shakti Gawain, Deepak Chopra, and Wayne Dyer, and even scientists like physicist Fred Alan Wolf.

Jane’s publications under her own name, however, encompassed poetry, novels, especially the Oversoul trilogy, and philosophical works like Adventures in Consciousness. It becomes obvious in these works that Jane is hardly a mere conduit for Seth, but a brilliant and talented individual in her own right, at times skeptical, grateful, troubled, and overwhelmed by the messages imparted to her.

Jane’s feisty, intelligent, and loving personality is obvious, not only to those who read the material but on an emotional level to those who met Jane and Rob in the sessions of the classes they held in their apartment in Elmira. The so-called ESP classes are remembered by those who attended on a weekly basis as perhaps among the greatest moments of their lives. To a few of the classmates, Jane and Rob were more like loving parents than spiritual teachers. The death of Jane in 1984, after their thirty-year marriage, and of Rob in 2008, was to not a few of their students, like deaths in their families.

Rob Butts, meanwhile, the talented artist and husband of Jane, was indispensable to the reception of the material in ways that may not be obvious at first. In some ways, the Seth material is “told to” Rob, not Jane, and it is Rob whose records, meticulous to a fault, provide us with, not only the material itself but the historical, meteorological, psychological, physical, and philosophical background to the sessions. Rob’s honesty in this regard is often amazing, as is the care with which he recorded everything that went on, down to the fact that Jane would smoke and drink wine during the sessions, and that Seth would sometimes chide her for her cigarette habit (which she never gave up, a sign, if any were needed, of her independence and general feistiness).

After Jane’s death, lovingly recorded in The Way to Health, Rob continued his work as a guardian of the Seth texts and continued to supervise the publication of some of the remaining material, including The Early Sessions, and making sure that all of the recordings, manuscripts, notes, and drawings related to the extraordinary encounters with Seth would be given to the Yale University Archives. Rob remarried, and his second wife, Laurel, supported Rob’s work during the more than twenty years of their marriage. Rob died in May of 2008, but the vitality of the teachings he helped to bring to the world continues.

"Because you have free will you have the responsibility and the gift, the joy, and the necessity, of working with your beliefs and of choosing your personal reality as you desire" - Seth